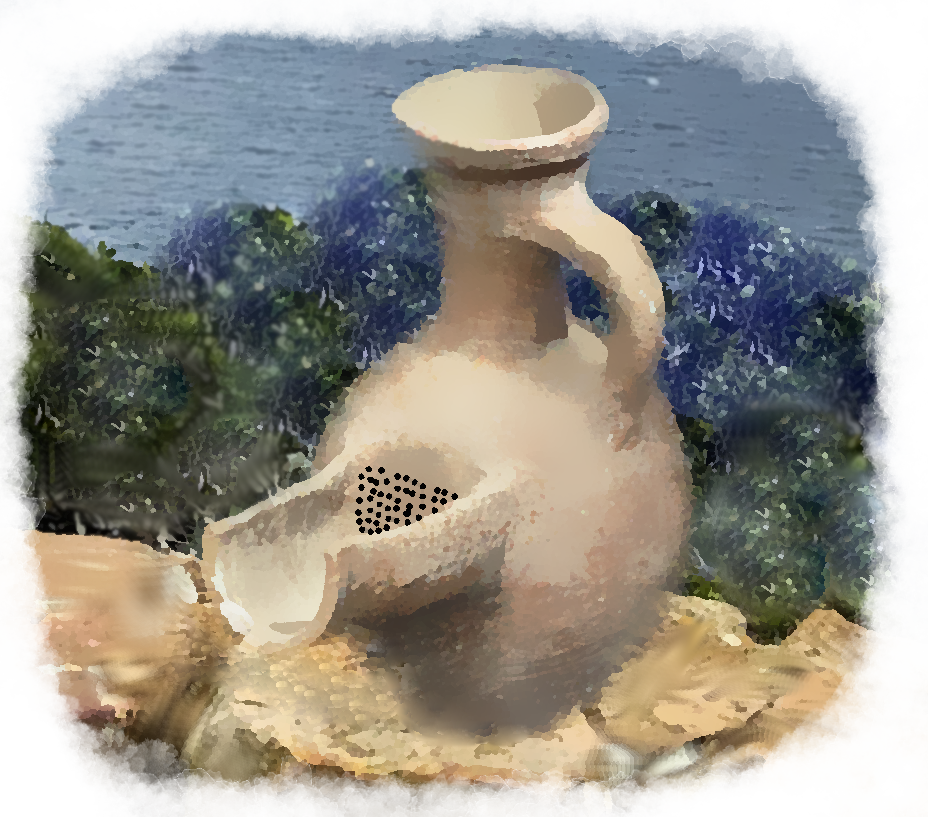 The Bible, and especially the Old Testament, is filled with puns and other wordplay. That’s not to say the Bible is a joke book; wordplay usually made a serious point. Back when most communication was verbal rather than written, wordplay may have been the equivalent of underlining, or using a bold font.

Translation erases most examples. We can see one in 2 Sam 7:4-16, where the pun “translates,” because in both Hebrew and English, the word “house” can mean either a dwelling, or a family dynasty.

King David was preparing to build a temple for God, but God planned for David’s son, Solomon, to do the job. The pun is drawn out over about a dozen verses in this case, though they’re usually compact, like the modern kind. God tells David, you will not build Me a house (dwelling); I will build you a house (eternal dynasty).

It’s not made for a chuckle; it’s intended to tell some important things. There’s at least one in the New Testament, too.

There were many different kinds of pottery, and the picture shows a strainer which may have been the object of a pun Jesus made.

Strainers sift floating material from liquids, and the pharisees of the day wouldn’t drink anything without straining it first. It would avoid accidentally breaking a command given in Lev. 11:20; it’s forbidden to consume any insect that swarms.

Now, these people weren’t squeamish about bugs. God’s law permits locusts and grasshoppers for food, (Lev. 11:21-22) and those little packets of protein were toasted, ground up, and used to add flavor to their higher quality breads. Should any less permissible critters be found swimming in their drink, most folks probably just picked them out before finishing. Strainers prevented accidental ingestion, and the picture above may have been the tool the pharisees used.

In Matt. 23:24, Jesus scolds some pharisees, saying that they strain a gnat but swallow a camel. There’s a strainer in there, but there’s more. In Jesus’ Aramaic, the words “gnat” and “camel” sound alike, and Jesus was saying that they were paying attention to minutiae, while missing the important things. He emphasized it with a pun.

The Gospel of Matthew puts heavy emphasis on all things Jewish, so he’s the one to point out this comment. An Aramaic speaker even reading this gospel in Greek would likely recognize it. We don’t.

In Biblical days, most people couldn’t afford to own a book, so they learned by hearing. Puns are a fine way to add emphasis; they were like speaking in a bold font. They still make us stop and think about what we’ve just heard. We may have lost the art of using them well, but they’re no less effective for all that.